Executive Board of the Pine Orchard Association

At the call of the President, a regular meeting of the Executive Board of the Pine Orchard Association was conducted via the Zoom videoconferencing Application.

Agenda Item 1, the meeting was called to order by President, Mark Law at 7:02 p.m.

Agenda Item 2,  Upon motion and second the Board approved the minutes of the previous Executive Board Meeting held on March 7, 2022.

Agenda Item 3, Treasurer’s Report Linda Sachs presented the budget report as of May 1, 2022.  Total cash available is $204,873 in all accounts; approximately $37,200 of the budget has been spent thus far this year; several larger bills amounting to roughly $42,000 are in the pipeline to be paid this year. We expect to end the year with $10,000 to the positive. John Grathwol asked her to identify the larger unpaid expenses. Linda said that upcoming bills are $15,000 for shorefront maintenance, $4200 for insurance renewals, $9900 for legal expenses (less than budgeted), $1500 for zoning invoices, $1800 for beautification (irrigation system at Triangle Park), $6600 for building maintenance and utilities (includes $4200 for POA parking lot resurfacing) and $2800 for office/general. Upon motion and second the report was approved.”

>
“Linda next presented the proposed budget for fiscal year 2023. Disbursements are projected at $97,400.  Linda proposed keeping the mil rate at 4.0 and increasing building permits/ZBA hearing fees to $275. Such fees haven’t been increased in at least 10 years. Currently, building permits are $250 and ZBA hearing fees are $100 (insufficient to cover expenses including ZEO and publishing fees).  Upon motion and second, the board voted unanimously to increase the fees for building permits and ZBA hearings to $275 each.
>
FY 2023 receipts are projected at $91,400, leaving a shortfall of approximately $6,000. Mark Law favored keeping the mil rate at 4.0. Upon motion and second, the Board unanimously voted to retain the 4.0 mil rate for FY 2023.”
>

a) By-Laws (John Grathwol) John reported that his committee had conducted two public meetings about the potential for pursuing a charter revision.  The members of the committee are researching the charter revision process and have reached out to the Stony Creek and Short Beach Associations, both of which have recently went through charter revision.  Minutes of the committee’s meetings will include written reports of this research.  The committee plans to begin informational interviews with attorneys familiar with the process.  Linda Sachs asked what would be improved by a charter revision.  John said that the Bylaws Committee had looked at the charter and identified certain issues, such as the one vote per property policy and others that may be confusing or archaic, such as regulation of sewage and swill.  Bruce Calderone asked about the potential cost of such an endeavor.  John said that the committee was incurring no legal costs as part of their process, however, that one reason for discussing the Charter Revision process with experienced local attorneys was to answer that question.  John also said that one of the committee’s contacts had suggested taking advantage of legal expertise within the community and to use POA member time in the process to reduce the legal costs of Charter revisions.

(b) Nominating—(Seth Hershman/Mark Law) Seth reported that there are two seats on the Board to be filled at the Annual Meeting and that he is looking for two (non-Board) members of the community to serve on the nominating committee. He asked that community members let him or the Board know about their interest in joining either the committee or the Board.  The committee will set a deadline for receiving nominations.  Peggy said that prior to the Annual Meeting, the Board should meet to review the nominations.

(c) Municipal/Community Liaison:  (Bruce Calderone) had nothing new to report.

(e) Waterfront Maintenance (David Silverstone/Vin Giordano) David said work was progressing to repair access points that have been damaged.  The first area is Island View Avenue, near the breakwater.  The seawall between the Schiavone property and the beach has deteriorated in the past month and needs to be repaired.  The metal railing also needs to be replaced.  The steps were washed away at another access points on Island View Avenue near Waterside Rd.  Vin Giordano said he expected Josh Brooks to complete most of that work within the next two weeks.  He will then turn to the next area of needed repairs, which will be on Selden Avenue.  David Silverstone expressed his gratitude for Vin Giordano’s knowledge and assistance with the process.

(f) Building Maintenance (John Grathwol) John deferred to Peter Robinson about the status of the headquarters in the Office Manager’s report.

(i) Beautification—(Peg Taylor).  The timer and the irrigation system have been installed at Triangle Park has been installed and is in place.  We are now just waiting for the water to be turned on.

Agenda Item 6—New Business.  Litigation Status Report. Peggy Haering provided an update on litigation in which the Association is involved.  Her report was based on review of the case information available on the CT Judicial Branch website.

The matter of Pine Orchard Association v. Wihbey is pending in the Court of Appeals.  The Association is appealing a Superior Court decision that Wibhey had a prior non-conforming use to operate a short-term rental on Crescent Bluff Avenue.  The Association’s brief is due on May 16th.

The remaining cases all concern claims about beach access on Crescent Bluff Avenue and ownership of the road.

Accessory Dwelling Units (ADU) Law.  Matt Baretz has reviewed Public Act 21-29, which authorizes construction of ADUs referred to as “accessory apartments” on lots with single family homes by default unless a municipality chooses to opt out of this provision by January 1, 2023. To opt out, the Zoning Commission (or joint Planning & Zoning Commission) must hold a public hearing, approve the opt out with a 2/3 majority, and publish notice of the decision.

The Town of Branford is in the process of opting out and is amending its Zoning Regulations relating to Affordable Housing.  A hearing is scheduled on the proposed amendments for May 19, 2022.  (See town website for additional information.)

The Pine Orchard Association will need to hold a public hearing, with pre-hearing notices being published, for the Executive Board to decide on whether to opt out or do nothing and be subject to the new provisions of PA 21-29.  Matt’s initial recommendation is to opt out but thinks that legal consultation would be helpful prior to a Board vote.  A 2/3 majority vote by the Board is required to opt out of this provision along with an explanation for why we are opting out.  In addition, a post hearing notice is required along with the filing of a record of votes and minutes with the POA and Town Clerk per FOIA.

Agenda Item 7—Office Manager’s Report.  Peter Robinson reviewed his activities, including on the beginning of the tax collection cycle on June 1.  There are no ZBA hearings scheduled.  The repairs to the parking lot at the headquarters building have been scheduled.  A mail slot has been installed at the headquarters building to allow people to deposit documents that cannot be left in the mailbox.  There will be no concerts scheduled for the fall.

Agenda Item 8: Adjournment., Upon motion and second the meeting was adjourned at 8:20 p.m.

Details of the meeting place or Zoom application to be announced. 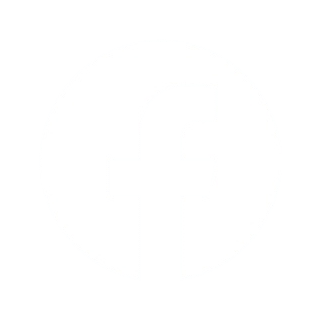